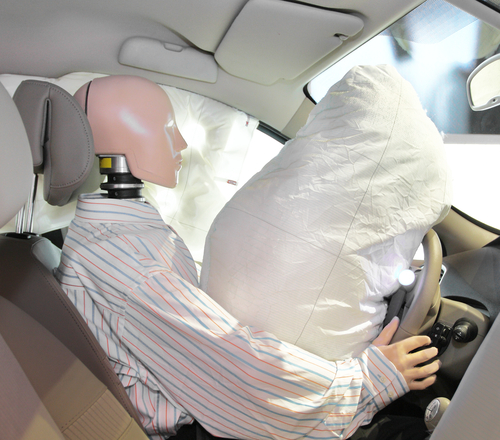 Mercedes-Benz is the latest in a list of auto manufacturers recalling vehicles over airbag malfunctions. According to a report posted by the company on the National Highway Traffic Safety Administration (NHTSA) website, the automaker has recalled 126,000 vehicles in the U.S. over a defect in the airbag control unit. The malfunction either causes the airbags not to deploy in a crash, or may deploy unexpectedly at any other time.

So far, Mercedes has not received any reports of any accidents of injuries related to the problem.

The auto industry continues to struggle with a long series of airbag deficiencies, involving 19 million airbags worldwide manufactured by Takata, a Japanese manufacturer. The CEO is now planning to resign to demonstrate that the company takes responsibility for what has become the auto industry’s largest recall. Widely criticized for keeping a low profile as the airbag crisis escalated into a scandal, the company is being accused of manipulating and mishandling safety data. The company will hold a meeting on Friday to announce the company’s change in leadership.

In addition to deployment issues, the airbags can potentially explode in a crash and send sharp shards of metal toward the vehicle’s occupants. Other manufacturers who have had issues with Takata airbags include Chrysler, Honda, Ford, Nissan, BMW, and Toyota.

Car part manufacturers are responsible for ensuring that their products are safe. Knowing about a problem and failing to correct it in a timely manner is a serious breach of this duty, and companies should be held accountable for their misconduct. If you have been injured in a car accident caused by a faulty airbag, there is no time to waste in securing legal counsel. You may be entitled to compensation for losses related to your injury.

Request a free consultation with a Houston car accident attorney at the Law Office of Daniel D. Horowitz, III PC by calling (832) 225-4902.