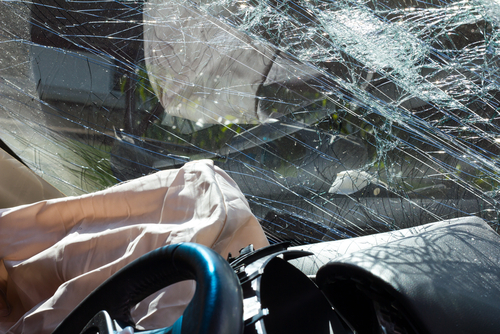 Last month, a 17-year-old driver of a recalled 2002 Honda Civic was killed after a Takata airbag ruptured during a rear-end collision in Fort Bend County, Texas. According to U.S. regulators, this accident marks the tenth fatality linked to an airbag defect that has prompted a worldwide recall of millions of vehicles. Nine of these ten accidents involving defective Takata airbags have involved Honda vehicles.

The accident occurred when the driver ran into the back of another vehicle that was waiting to make a left turn. The young woman had not been speeding and was wearing her seatbelt at the time of the accident. According to the Fort Bend County Sheriff, both parties should have been able to walk away from the crash. However, a piece of shrapnel punctured through the defective airbag upon deployment, slicing the young woman’s neck and carotid artery. She was pronounced dead at the scene.

Honda contends that the owner of the vehicle, a high school senior from Richmond, was sent a number of recall notices regarding the defect, but the vehicle was never brought in for repairs. They have now more than doubled the size of its customer relations team working on this issue. Millions of mailers have been sent out to Honda vehicle owners warning customers of the defect.

Fourteen car manufacturers have to date recalled more than 24 million cars over Takata’s defective airbag inflators, which can explode with excessive force and spray metal shrapnel into the passenger compartment. This defect has resulted in more than 100 injuries in the United States.

So far, Honda has replaced the inflators of more than 54 percent of affected Honda vehicles, and are urging all owners of affected vehicles to seek the repair immediately. The National Highway Traffic Safety Administration said in a statement that it has demanded that affected auto manufacturers take all efforts necessary to work to a 100 percent completion rate to fix this problem before any further fatalities occur.

The Law Office of Daniel D. Horowitz, III PC has recovered more than $100 million in verdicts and settlements in all types of personal injury cases, including those involving vehicle defects. If you or someone you know has been hurt in an accident caused by an airbag or other defect, you may have grounds for a personal injury lawsuit. We are ready to fight for the compensation you deserve.