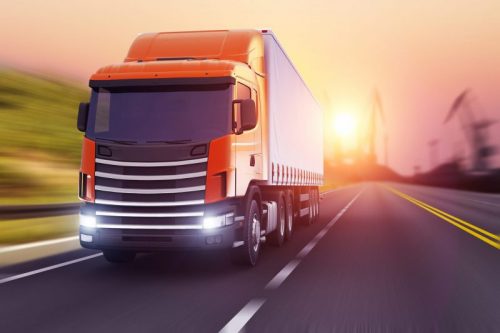 Over the past decade, autonomous vehicles have begun making their way across the country. It began with small cars in large cities— but, more recently, the trend has reached Texas in the form of self-driving semi-trucks.

According to the National Safety Council, nearly 5,000 people were killed in crashes involving large trucks in 2017 alone — showing a nine percent increase from 2016.

The vast majority of deaths in large truck crashes are occupants of passenger vehicles, likely because commercial trucks weigh anywhere from 10 to 20 times more than the average passenger vehicle. The danger can be heavily increased depending on the type of cargo carried by the truck.

To help protect drivers from autonomous trucks, members of the NSC assisted in crafting a technical report that provides detailed guidance to managers choosing self-driving vehicles for their company.

Deliveries between Dallas and Houston will now be at least partially carried by autonomous trucks designed by start-up Kodiak Robotics.

The Silicon Valley company, owned by Don Burnette and Paz Eshel, had a difficult time finding a place to operate where self-driving vehicles are legal. Their discovery in Texas led to an eight-employee office in Dallas — where it will oversee its commercial route.

Details have not been announced on who, exactly, is paying Kodiak to carry goods across 400 miles of Texas landscape. For now, a safety driver will be stationed at the wheel of each semi-truck to help prevent unnecessary accidents.

These drivers are also used to guide the vehicle on and off the highway, as autonomous semi-trucks are not designed to navigate urban roadways.

Other start-ups eyeing Texas include TuSimple, Peloton Technology, Embark, and Starsky Robotics. Each of these companies has either tested or made commercial runs within the state.

In 2017, Texas passed two bills legalizing driverless vehicles and platooning trucks. Since then, automated vehicles have been allowed to operate on state highways, assuming they are able to follow traffic regulations. These laws have been a guiding light to start-ups that lack a legal place to test their vehicles.

Still, these businesses present a unique threat to drivers throughout the state. As far as autonomous technology has progressed, the system is far from perfect.

Perhaps one of the most important questions asked by passenger vehicle occupants on Texas roadways is: What happens if an autonomous semi-truck gets into an accident?

Who, exactly, is held liable? The answer, according to Don Burnette, is the company responsible for developing and operating the vehicle.

While this means developers are usually very cautious when it comes to putting their vehicles on the roadway, accidents can happen even with the best of intentions.

When a semi-truck is involved — driver or no driver — these accidents can quickly become fatal.

Have you or a loved one been injured in an autonomous truck accident? For assistance and representation, contact an experienced Houston truck accident attorney at The Law Office of Daniel D. Horowitz, III PC by calling (832) 225-4902.