Most Devices Distract Drivers Up to 27 Seconds 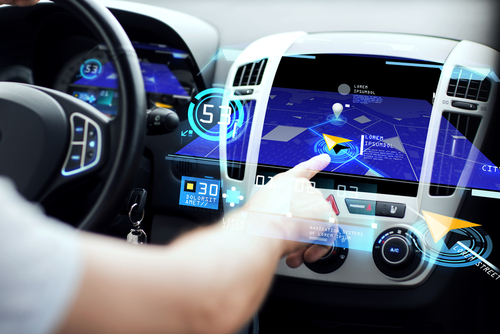 Most people are aware that talking on a cell phone while driving is unsafe, but did you know that car infotainment systems can be just as distracting? In a study conducted by University of Utah researchers for the AAA Foundation for Traffic Safety, it can take up to 27 seconds to regain full attention after issuing a voice command. Even at the low speed of 25 mph, 27 seconds of distraction amounts to the length of three football fields before a driver regains full attention.

Just because these systems are being built into cars does not automatically mean that they are safe to use while driving. With distraction being one of the top causes of car accidents, putting another source of distraction at the fingertips of drivers is a dangerous idea. In 2013 alone, a total of 3,154 people were killed in accidents caused by distracted driving, with 424,000 others suffering injury.

Researchers believe that voice command technology simply doesn’t work well enough to be “ready” for use in vehicles, as the technology can be difficult to use and may have trouble recognizing commands. Google Now and Apple Siri have been rated as “highly distracting,” while Microsoft Cortana was classified as “highly” to “very highly” distracting.

Furthermore, many of these systems have been put into vehicles to control entertainment like Instagram, Facebook, Snapchat, Facetime, etc. Rather than trying to keep the driver’s attention on the road, it seems as though the technology is designed primarily for entertainment.

Drivers are advised to use the systems to support the primary task of driving (for instance, to change the radio or access navigation systems) and to keep the interaction brief.