Study Warns Against Long-Term Use of Acid Reflux Drugs 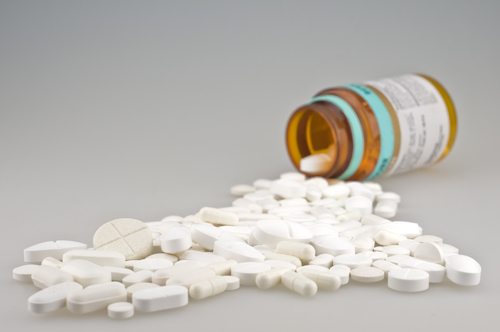 Heartburn, or acid reflux, is a common problem among Americans, with approximately one-third of people experiencing it at least once a month and 10 percent experiencing it nearly every day. For stubborn recurring heartburn, doctors popularly prescribe a class of drugs known as proton pump inhibitors, or PPIs, to alleviate the discomfort. However, these drugs are only useful at masking symptoms rather than treating the underlying cause of the problem, and there has been concern that long-term dependence on PPIs like Prevacid, Prilosec, and Nexium could cause more harm than good. Now, a new study has confirmed that long-term use of these drugs could cause serious problems.

Frequent use of PPIs has been linked to a wide array of health problems, including:

Furthermore, researchers believe that reducing the acidity of the stomach allows bacteria to thrive and spread to other organs, causing infections like pneumonia or Clostridium difficile, an inflammation of the colon that can cause severe diarrhea, belly pain, and fever. C. diff requires hospitalization and, in the worst cases, may result in damage to the colon, fecal transplant surgery, or even death.

Doctors have a tendency to over-prescribe these drugs and keep patients on them well past 14 days. Trusting in the guidance of their doctors, many people are not aware of the risks and will take these drugs for years at a time instead of implementing other methods of treatment like simple dietary changes or exercise.

Heartburn sufferers taking the drug once per day have a 15 percent increased risk of developing chronic kidney disease over non-users. Those taking the drug twice daily have their risk increased by 46 percent. With such a vast portion of the population using these drugs, even side effects described as “relatively rare” can affect a significant number of people.

While these drugs are certainly useful for those with ulcers or severe acid reflux problems, they are usually only recommended for short-term use. Any longer than 14 days at a time can increase a patient’s risk of serious health issues.

Individuals who have been harmed by dangerous drugs have options for legal recourse. If you have been harmed by a PPI or other drug, we invite you to discuss your case with a Houston personal injury lawyer at the Law Office of Daniel D. Horowitz, III PC. We can let you know if you have a viable case and talk about options for seeking compensation. Email our firm today to get started.